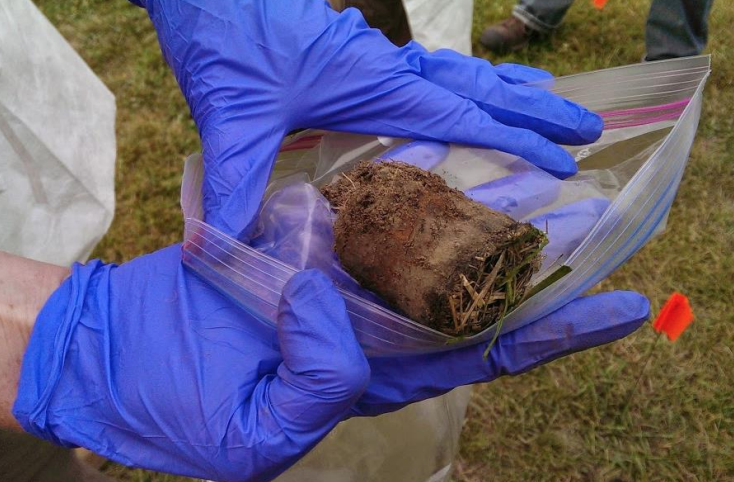 NORTHPORT—The residential soil sampling of Upper Columbia properties potentially contaminated by Teck Cominco’s smelter in Trail, B.C. is expanding downriver to encompass an area that nearly doubles the size of that allowed in a similar 2014 study. 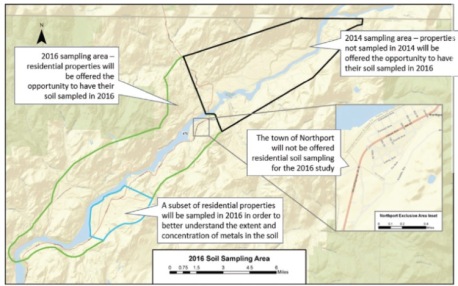 “We don’t expect residential soil sampling to be offered over and over again,” Andy Dunau, Lake Roosevelt Forum director, said in a press release, “So it’s very important for landowners to make an informed choice now about whether to participate in this free soil sampling and to possibly be considered for free immediate action if metals are found at unsafe levels.”

As with the 2014 study, TAI and their contractors will perform the sampling studies with oversight from the Environmental Protection Agency.

This spring, TAI, EPA and contractors will conduct site visits to identify sampling locations and to develop a specific sampling plan for each property, according to the release.

Sampling will take place in fall 2016, and the results will be available in the following months.

The 2014 study sampled 74 residential properties between Northport and the U.S.-Canadian border with the objective of determining if people could be exposed to levels of lead, arsenic and other heavy metals, according the LRF.

Results from the study lead to the immediate clean up of 13 residential properties and one tribal allotment based on EPA’s Time Critical Removal Action.

A TAI contractor performed the removal with oversight from the EPA. Colville Tribes were hired for historic and cultural considerations.

Seven tribal allotments will be sampled in the 2016 study, Bailey said.

The community of Marble, located within the new study zone, will also receive soil sampling at a representative subset of properties to determine typical heavy metal levels and if further sampling is needed to additional owners.

The town of Northport is not currently eligible to receive sampling as the town underwent a soil removal action program in 2004, according to LRF.

The Colville Tribes petitioned the EPA to do a clean up and assessment in the Upper Columbia River in 1999.

In 2012, Teck was found liable for intentionally discharging at least 9.97 million tons of slag, including heavy metals such as lead, zinc, mercury, cadmium, copper and arsenic, directly into the Columbia River from its smelter in Trail.

Along with the residential soil sampling, the EPA has overseen sampling of Bossburg Flats, sediment sampling off 136 sites to determine risks to sediment dwelling bugs, upland soil sampling to evaluate risks to ecological receptors in upland areas, mussel and crayfish sampling, surface water sampling between the Canadian Border and Grand Coulee Dam and beach sampling of 43 beaches.

Concerning surface water, the LRF release notes, “After three rounds of sampling the [EPA] showed Lake Roosevelt and the Upper Columbia general water quality safe for swimming. Further, surface water concentrations for all metals and organics are within limited protective of aquatic life